IT: Chapter 2 and The Dangers of Binging


With the release of IT: Chapter 2 upon us there seems to be some debate over if Ch 1 & 2 should be enjoyed as one five-hour and fifteen minute film or two separate works. I am firmly in the two separate works camp.

Chapter 1 gives us insight into the childhood fears and traumas of every character and spaces out the depth of their stories and experiences. Even the b-villain is given a well-formed backstory for his juvenile rage. It is quite smart at knowing whose story to tell when and which characters don't need to be examined, or even included, in scares or myth building and character enriching sequences. IT: Chapter Two does not follow this same formula.

At two hours and fifty minutes, IT: Chapter Two follows a simple credo; if something happens to one of the seven main characters, then it needs to happen to all of them... on their own.

In the first film there is no need to give each character successive stand alone 5 minute sequences to differentiate them from the other children, because for the most part they all lead similar lives. There are notable differences pertaining to child abuse, being an orphan minority, jewish upbringing, and over protective parents, but none of this is delivered like over-stuffed dishes on a conveyor belt. With the follow-up it seems the filmmaker feels the grown-up leads have very different lives and issues to deal with so those elements need to be showcased ad nauseam.

Here is where Chapter 2 fails to live up to the style and promise of Chapter 1. While the first film has its failings in repetitiveness and seemingly simple solutions to impossible problems, it is nothing compared to its sequel.

Having watched Chapter 1 two days before seeing Chapter 2 in theaters, I can't help but see the drop in quality. The 2017 film is nothing more than children overcoming their fears and defeating a creature of unknown origin. In 2019 we get deeper into the origins and discover an undeveloped connection to outer space, native american faith and magic, an amnesia virus, and a heavy-handed diagnosis that adults are much more fearful and sad than children. Top off that unstable collection of mixed mythos and with a heavy polish of uneven performances and wild tone shifts. Basically, IT: Chapter 2 is an awful mess.

So why should you not watch binge these two films? Quite simply, even though they seem to share the same characters and setting, they are completely different tones and viewpoints on fear. Richie Trashmouth is a perfect example of all these problems. In IT 1, Richie is the pressure release on the nightmare these kids find themselves dealing with. It is believe-able because while children live with the hope and desire for magic and monsters to be real, if confronted with them kids wouldn't turn into Ripley and stoically battle their worst fears off, they'd run, hide, battle with an equal level of valor, naiveté, fear, and silliness (because consequences don't seem to exist when you're 10). Richie the child is a silly, young boy.

Richie the adult is exactly the same person and THAT is the rub. There is a "secret" he's hiding that one might argue is arresting his development, but I don't buy it. He is the king of quips. NONSTOP. First off that is a sign that the filmmakers told Bill Hader to have a field day with his time on screen and they'd cherry pick the best jokes in the edit bay. Sadly, it appears they gave him too much rope and mixing his playful guile with the rest of the cast pushes the film past the comedy-horror mendoza line. Being too funny, makes the horror elements seem silly and if that isn't bad enough, Richie and Eddie are making gags (many of which don't work) at Pennywise's expense when they should be concerned they are about to breathe their last breath.

Finally, the "horror" in IT: Chapter 2 isn't the magical terror incited by the clown; that is what kids are scared of. The most horrifying thing is the first scene, wherein two gay men are attacked in the street and one is brutalized before being thrown off a bridge. That is far more shocking than when a surprise character's head appears and sprouts serrated spider legs. Real world adults fear things that are the worst possible outcome of real life and when you start a movie by setting this benchmark, mixing in hellscape gross-out creatures seems childish. While arresting, the scene decimates the impact of the forthcoming fantastical elements in the entire run time.


Additional gripes with IT: Chapter 2 include, but are not limited to:

Sorry if I went a little long here but Warner Brothers didn't see a problem with it so why should I? If you completely disagree with me, please take a couple thousand words to explain yourself in the comment section. 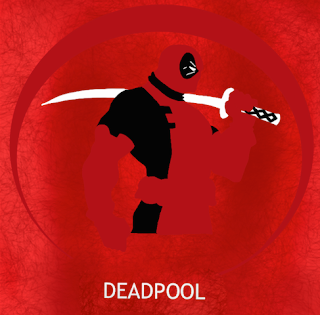