Rise of the Winking Film 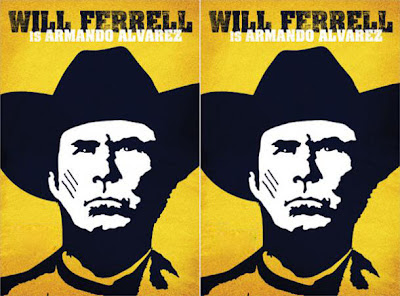 I don't know where it started, but the trend of the winking film is really starting to take hold in Hollywood. For those who aren't hip to the lingo, a "winking film" is a movie where the tone and production quality embrace the troupes of a genre and basically give the audience what they want. These films can be off-beat comedies such as Machete or straight serious films such as The Expendables. While these films tend to crossover with other genres, there is definitely an invisible line between straight parody, exploitation or irreverent comedy.

Obviously theaters aren't packed with winking films, but I would argue films such as Paul, Cabin in the Woods, Scott Pilgrim Vs. The World, and possibly even Grindhouse could be considered in the realm.

What's funny is most winking films stand on their own as quality films. There is no doubt they were crafted with the audience in mind and were given the "kitchen sink" treatment, but they fit -or even transcend- their target genre.

Last year, when I first caught wind of Will Ferrell's "telenovela" parody film Casa De Mi Padre, I was initially turned off; however, there was definitely something about the material that seemed like it would rise above Ferrell's recent works. Filmed 95% in Spanish, with mostly latin actors; Ferrell speaks only two lines of english in the film. Fast forward to this week when Red Box finally got the best of me and I checked it out. If you don't know the film I'm talking about, watch the trailer real quick.

After watching the film I can say without reservation that Casa De Mi Padre is one of Will Ferrell's 5 best films (the others being Stranger than Fiction, Old School, Wedding Crashers, and Anchorman if you must know). There are definite parts of this film that are straight parody, still this isn't Airplane, Top Secret, or Hot Shots. The laughs are not topical or comment on the genre, it simply embraces the style and delivers something that maybe telenovela fans could appreciate. Why so much praise for this film? The entire cast plays straight and there are no inside jokes or sketch comedy bits. What truly makes the movie work is Ferrell's choice to abandon his popular vulgar man-child persona and deliver something more reserved. What could possibly be considered acting.

Many times films that are made by celebrity friends fall into bad jokes and poor acting halfway through the first ten minutes- I'm looking at you Happy Madison gang. Casa De Mi Padre is comedy at its best, with nearly every scene being its own beast, blowing kisses to soap operas, family comedies, westerns, gangster films and old school cinema. While I highly recommend Casa, its charm will most certainly be lost on many audiences. The less-than-believeable white tiger puppet, bizarre sex scene and odd and extended dialogue exchanges may be too much for some. Still, just when I was about ready write off Mr. Ferrell as losing "it," he gives me a film that might end up on in my top 10 of the year.